During the early 2000s, a young adult of Swedish nationality, who we will refer to as Jöns, lived in the Kavalírka section of Prague 5 in a fourth-floor apartment which he shared with a low-level clerk in the Czech Ministry of Energy and Raw Materials by the name of Milan Janatka. Over the course of several Svijanys and an impressive slab of nakládaný hermelin in a halfheartedly western-themed Smichov herna bar, Mr Janatka, a gregarious bachelor now in his mid 50s, revealed to us much of what we know about his former housemate. Jöns had come to the Czech Republic to study at Charles University with the Erasmus program and stayed when the term finished, to remain near a university colleague with whom he had become romantically involved. This situation, however, did not prove long-lasting, and when she, without telling him beforehand, relocated to Ostrava for a bookkeeping apprenticeship at a reputable wellness concern, he informed his few acquaintances that he would shortly be returning to his family's farmhouse in the vicinity of Gothenburg, but ultimately, repatriation did not occur until several years later. In fact, it would seem that even significantly less-ambitious journeys were to be avoided by the young Swede and, according to information provided by Mr Janatka, he would often not leave the accommodation more than once every two or three days to purchase jars of Uncle Ben's Sweet and Sour Sauce, egg-based fusilli and a copy of the tabloid Blesk from the potraviny at the ground floor of their apartment block, or, less frequently still, to venture a few blocks further to the imposing, blue, 7-story post office building on Plzeňská, where he would, through much effort and negotiation, manage the dispatch of small parcels wrapped in lurid newsprint.

Without employment, friends or a home internet connection, Jöns primarily occupied his existence by watching staticky terrestrial broadcasts on a small television which belonged to Mr Janatka. His command of the notoriously-difficult Czech language was very remedial, so this was a largely an input of visual stimuli. Jöns would check the TV listings in Blesk and looked forward to when the public stations would rebroadcast programmes made before 1989, which they often presented as a kind of historical documentation. Through the banal expositions of life under Normalization and interviews with solid-looking people that he couldn't understand, he became entranced by the glowing, evolving beiges and grays on the screen. Occasionally, he would tune in to the American action movies which were shown with Czech subtitles. His English was very good, and while the films were not to his taste, it was satisfying to receive a communication that he could understand. And of course there was the English-language Euronews broadcast, weekdays from 11:25-12:05, on ČT2. The Euronews 2/3 hour would be his firmest connection to the rest of the world (or Europe, anyway) during this period. 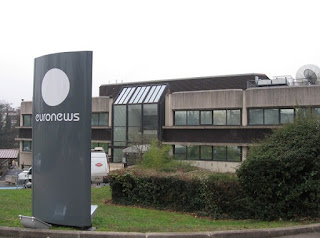 Euronews was initially conceived in the aftermath of the First Persian Gulf War as EU leaders came to realize the enormity of power wielded by American rolling news channels such as CNN. The aim was to offer a European alternative. It was to be “European” in terms of content and perspective, but also in a way that would eschew the bias of slick “Hollywood” personalities for a more serious, technocratic approach. Until very recently, there were no on-screen presenters, as reports were narrated by a neutral voice-over, and much of the programming went further than that, reducing the content to montages of press photographs or on-screen diagrams and text accompanied by the mid-tempo, flamenco-spiked MIDI-classical muzak which in the first few years of the 21st century was commonly referred to as Chill-Out Music. Additionally, the broadcasts would typically include a segment of far-flung local events listings informing, for example, madrileños of upcoming openings at art galleries in Krakow as well as jazz events in and around Thessaloniki.

As Jöns grew increasingly dependent on the comfort provided by Euronews, he sought to develop this relationship into something more reciprocal. He wrote letters to the news editor commenting on the presented topics and occasionally offering polite constructive criticism for how some of the segments might be improved. The correspondence was one-sided, but this did not dissuade him. In fact, he soon widened the scope of his unsolicited contributions to the organization. 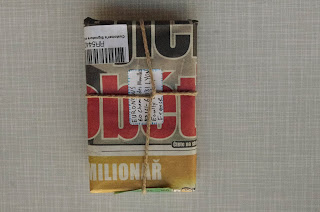 The previous occupant of his room in the shared apartment, a now-married friend of Mr Janatka, had been a technician at the Radio Free Europe studio in the former Czechoslovakian parliament building on Wilsonova, and had pilfered several complicated units of sound producing machinery, only to then leave them behind in the excitement of impending domestic partnership, with vague promises to the clerk regarding the eventual collection of said devices. Jöns had something of a background in music and, like many Swedes, had been a member of a choir in his childhood. Partially as a way to fill the regular interminable stretches during which Euronews was not broadcast, he began to produce musical “content” for Euronews – instrumental music that could play in the background of a news report, montage or infotainment feature. Each piece was given a title which corresponded to a potential future news topic that Euronews might cover. In the case that the event described in the title occurred, Euronews would have an appropriate score on hand ready to insert into broadcast, or so he probably envisaged. When enough music to fill a cassette had been recorded, they were wrapped in Blesk and sent to the public address of the Euronews organization in Lyon.

Needless to say, there isn't evidence that any piece of music written by Jöns made it beyond the mail room. No person currently employed by Euronews that we've spoken with has had any knowledge of (or apparent interest in) the Music for Euronews recordings. The tapes came to the STR through the largesse of a well-known collector of European television ephemera.

Jöns finally returned to Sweden in Fall 2005, at which point the unsolicited contributions to Euronews ceased. It seems that after this time he generated no further musical output, though some time later he took over the back-office functions of a Burzum tribute act whose corporate event schedule had become unmanageable. Today he is the owner of several rental properties in Sweden and abroad, and is said to be something of a rising star in Sweden's right-wing political blogosphere.