[STR022] Various Artists - These Carbon-Composite Poles Are Made For Walkin'
Cassette and digital album
Sounds to enhance and facilitate Nordic-Walking.

The End of Music is made entirely from the last sound in songs which were listed on the Billboard singles chart for the week beginning 25 December 1999.

Shaq Fu: Da Return: Da Return is made entirely of sounds taken from Shaquille O'Neal's second album which have been processed by analog modular synthesizer and software and arranged to present an alternate context within which Shaq Fu might return. 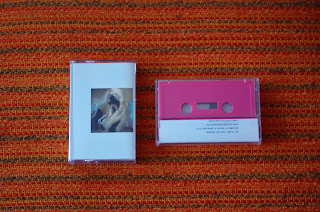 [Köln 160313] In full compliance with most international regulations in relation to the trafficking of ferrous materials, the Strategic Tape Reserve is now able to disseminate its inaugural commercial offering, The Modern Door Live cassette album. Recorded at live events over two nights in December 2012, the audio conveys pulsative and impulsive rhythms, structures and situations. While careening irresponsibly among noise, techno, psych and lullaby, further tensions soon become apparent between the opposing inertia of security and instability.