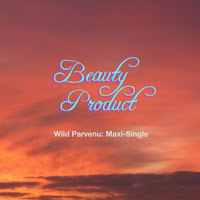 Lean Scening, as it was unfortunately christened, involved offsetting potential productivity dips brought on by workforce reductions with budget-friendly cultural components. In addition to the obvious motivational value of such a program, providing high-performing staff members with exclusive bespoke culture bundles would serve as a way for MimmsOssendorf to fortify staff loyalty (headhunters contracted by competitors would not be able to promise an equivalent content package). Additionally, the project included an "Aspiration Alignment" feature, which involved non-verbal, subconscious cues embedded within the content itself.

The Beauty Product project was realized in-house. The vocals and arrangements for the compositions were reportedly provided by one Clarence Kemp, at the time a senior vice-president with MimmsOssendorf. Later becoming a radical Objectivist implicated in several politically-motivated incidents, he spent his early years in Europe, the son of a US Air Force officer. For a time he attended an elite boarding school near Innsbruck, where he participated in the institution's tape-music program while concurrently developing an intense passion for the ideas of local 19th century economist Eugen Böhm von Bawerk.

Perhaps a case of too-little-too-late, Lean Scening's inaugural (and, so far, only) implementation could not save MimmsOssendorf. The brokerage had become severely over-leveraged after a bizarrely high-volume series of investments in the beleaguered submarine sandwich giant Quiznos, when the Libor scandal broke resulting in shaken investor confidence and increased regulatory scrutiny on exactly the type of derivatives which represented the firm's core business. In October 2012 MimmsOssendorf filed for Chapter 11. Among its assets auctioned off to appease jilted creditors were the rights to the Beauty Product back-catalogue, as well as the original tape masters. Thought to have been in the portfolio of the Luxembourg Pension Saving Company for a brief time, a significant percentage of these were eventually (and very generously) donated to the Strategic Tape Reserve by a prominent Belgian podiatrist.

The Beauty Product – Wild Parvenu Maxi-Single consists of three tracks:
As per the mediated binding decision negotiated by MimmsOssendorf and the RIAA, this release is available as a free download to registered members of the US Chamber of Commerce and the National Rifle Association. The cassette version comes packaged with a glossy A3 motivational poster which should conform to most international cubical ornamentation guidelines.